The emerald ash borer, Agrilus planipennis, is a destructive, non-native insect that kills all species of ash trees. First discovered in Michigan in 2002 it has spread to thirty-three states and is confirmed in all six of the Chesapeake Bay watershed states. They have arrived in Augusta County, Virginia in full force, infecting one of the most important riparian trees in the Chesapeake Bay watershed – green ash. To my chagrin, they are killing the ash trees on our farm. 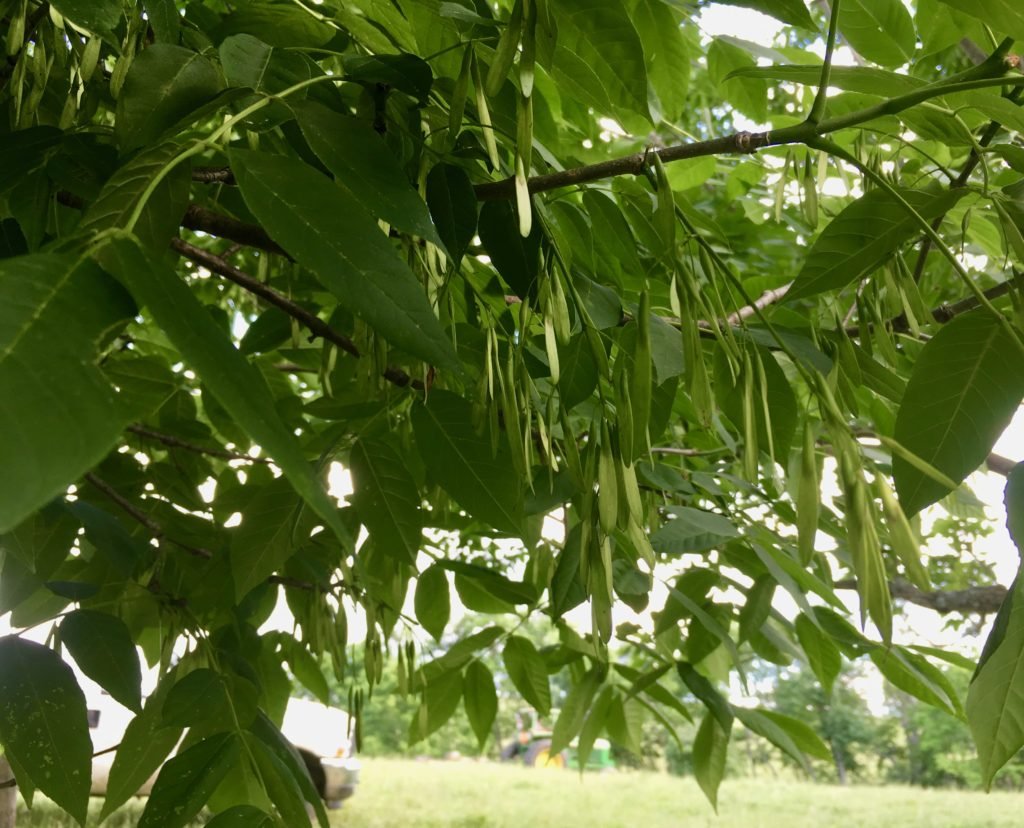 Healthy green ash tree with seeds. The seeds are dispersed by gravity, wind, and water. Photo by R. Whitescarver. 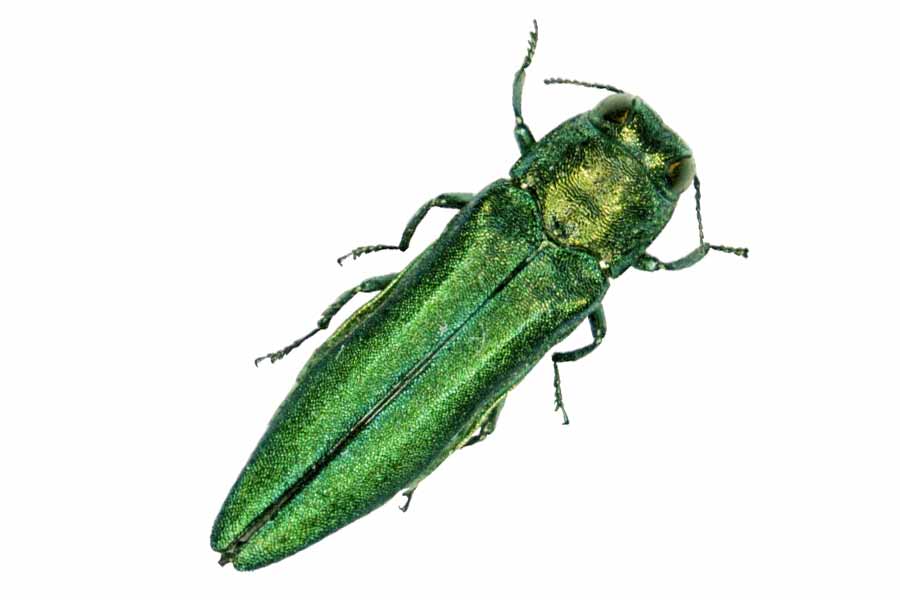 I first learned of emerald ash borer (EAB) destruction in Augusta County when Joe McCue and I were doing maintenance work on a riparian forest buffer along Middle River near Weyers Cave, Virginia. We walked along the rows of towering trees, pruning the lower limbs, removing shelters as needed and removing invasive species. The green ash trees didn’t look too good. 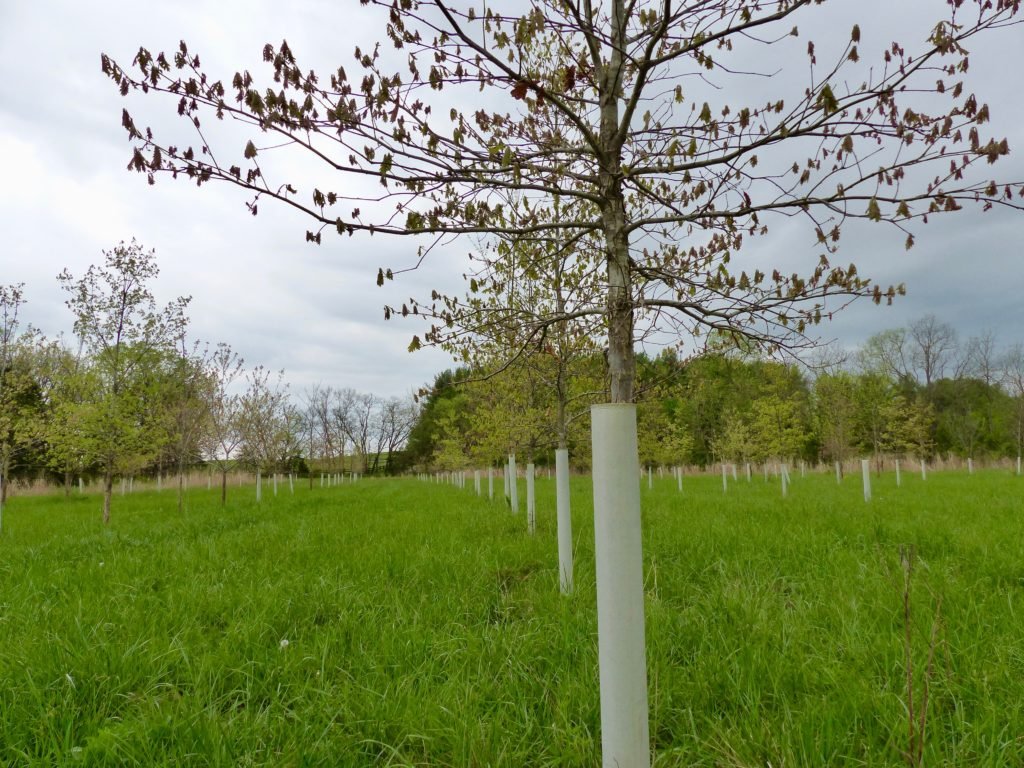 This is a ten-year-old hardwood tree planting along Middle River in Augusta County, Virginia. The photo was taken in May of 2018 by R. Whitescarver.

Epicormic Sprouting is a Sure Sign of the EAB

The main stems of the green ash were dead on ninety percent of the trees. These dying trees had some sprouting around the lower part of the trunk. This is called epicormic sprouting. It happens when the tree is on its last leg of life. 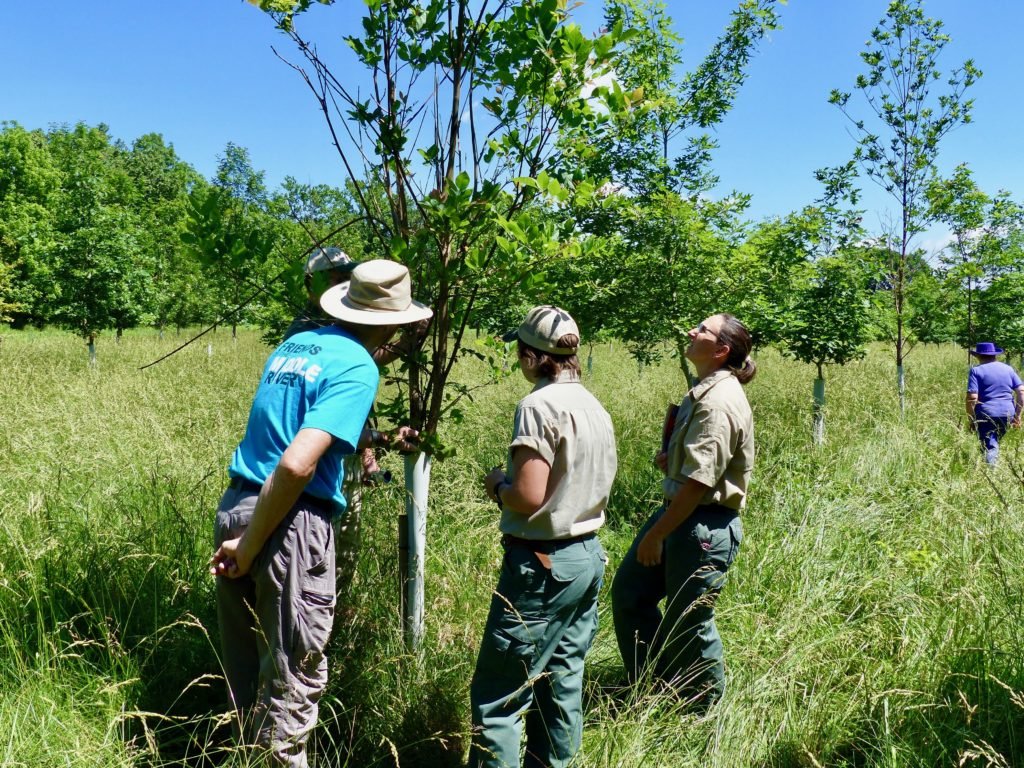 Young Green ash infected with Emerald Ash Borer. The larvae eat the cambium layer of the tree beneath the bark, therefore, cutting off the flow of nutrients and water to the branches. This photo was taken in June of 2018 by R. Whitescarver. Pictured here are Joe McCue of the Friends of Middle River, Sarah Hagan and Patti Nylander both from the Virginia Department of Forestry.

The larval stage of this destructive pest eats the vascular system of the tree, therefore, cutting off the flow of nutrients and water to the rest of the tree. 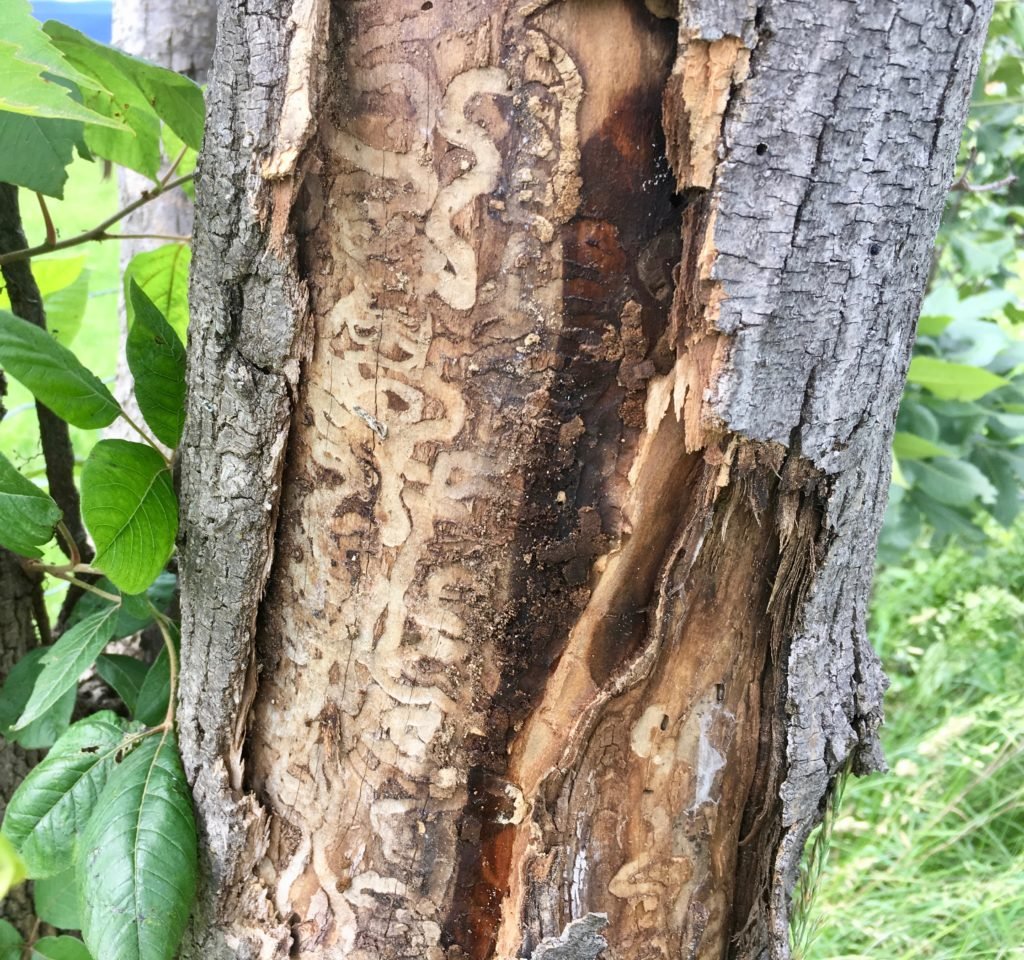 Emerald ash borer damage. The larvae eat the vascular system of the tree. This photo was taken in June of 2018 by R. Whitescarver. This tree is on our farm in Swoope, VA.

Another tell-tale sign of EAB infestation is the distinctive “D” shaped exit hole they leave when the adult emerges from the tree. 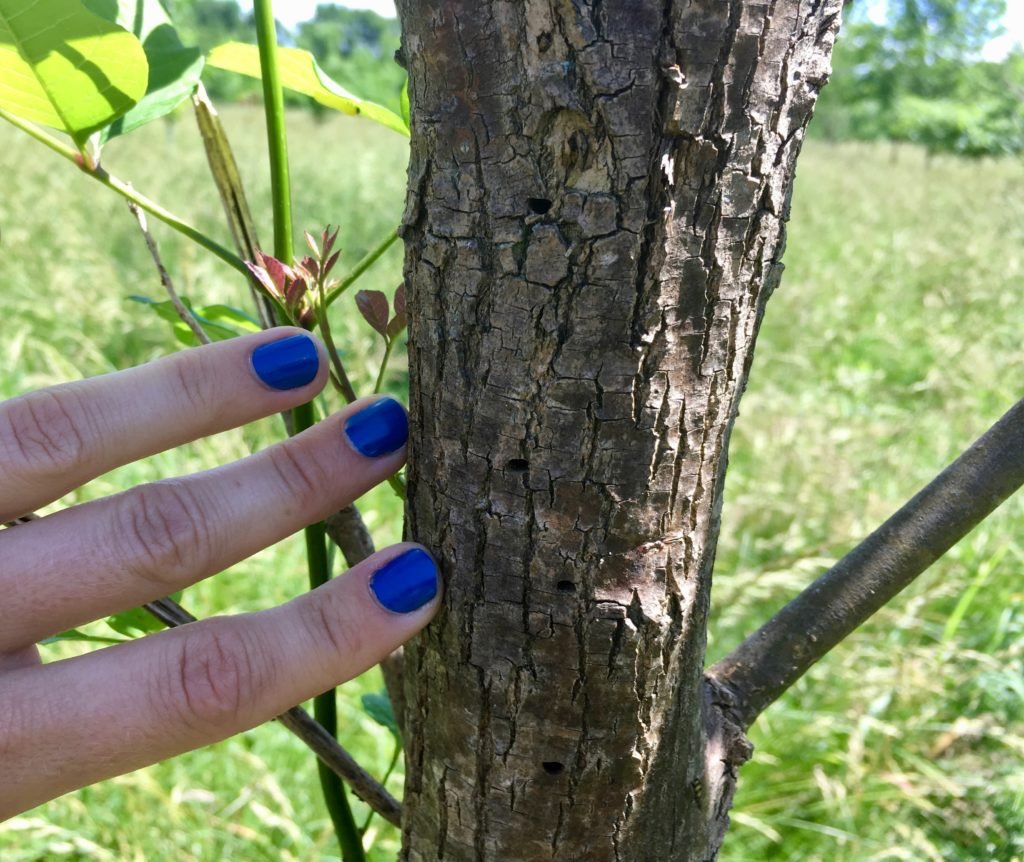 Emerald Ash Borer exit holes in green ash. How many “D” shaped holes can you find? Those fingers are Sarah Hagan’s. She is the Riparian Buffer Forester for the Virginia Department of Forestry. Photo by R. Whitescarver.

What Can Be Done?

There is not much we can do at this point. For specimen trees, there are systemic insecticide treatments available. Scientists have found several beneficial wasps that parasitize the EAB and field trials have been successful.

There is one thing we can do: encourage and plant other native trees. Diversity in tree populations is very important. Other pioneer species include sycamore, box elder, red maple, black locust, and catalpa; encourage these trees by not mowing them down. Plant these and other trees such as willow oak, swamp white oak, pawpaw, river birch, and other suitable trees for the site and soil.

I learned a great deal about the EAB from the professional foresters in the Virginia Department of Forestry. For more information about establishing riparian forest buffers contact me or your local Forestry Department.

The Animal and Plant Health Inspection Service of USDA has a great website on the EAB. 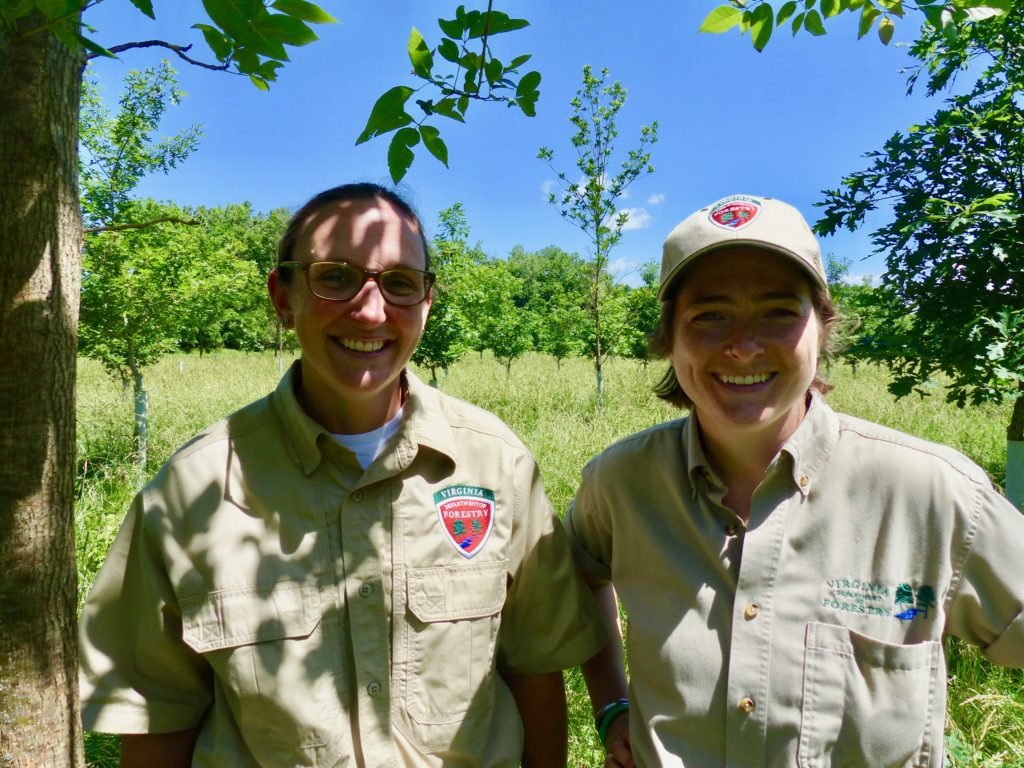 Patti Nylander is Senior Forester and Sarah Hagan is Riparian Buffer Forester for the Virginia Department of Forestry. Photo by R. Whitescarver. 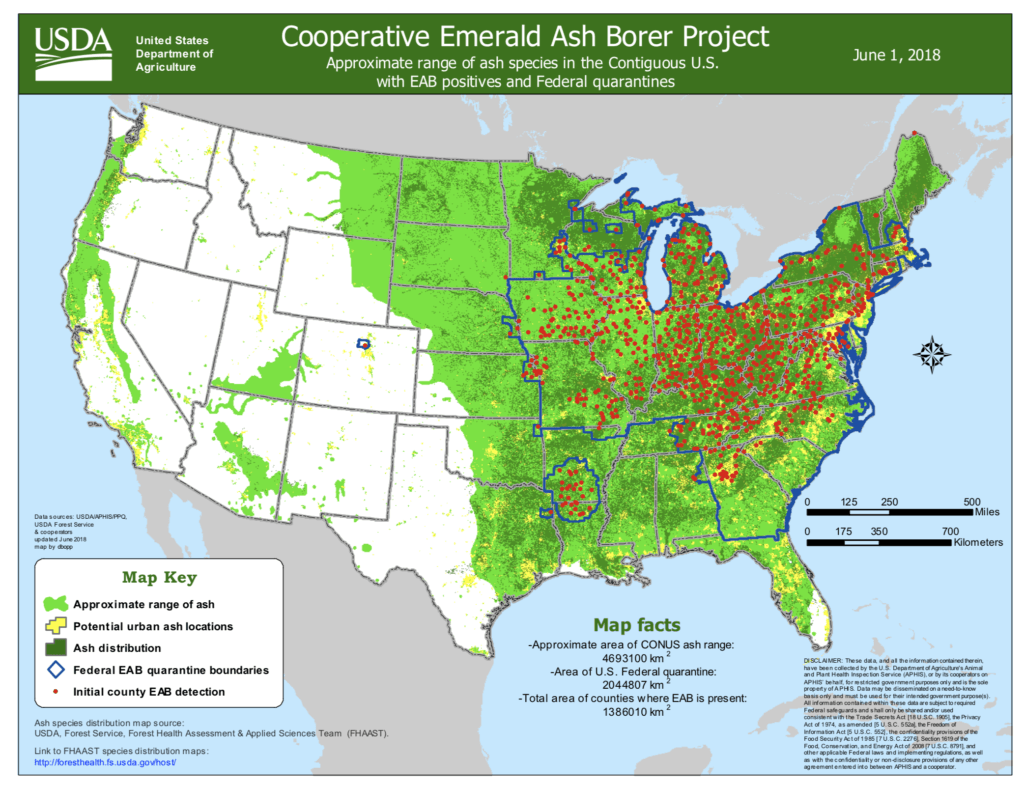 The post Emerald Ash Borers are in Swoope appeared first on Getting More on the Ground. 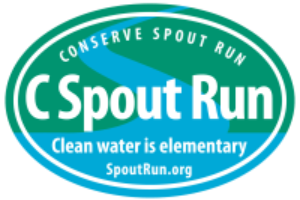 A look at karst topography How does nitrogen get in[...]

How do we accelerate the planting of riparian forest buffers?[...]