America’s Most Successful and Largest Conservation Program on HOLD.

The Conservation Reserve Program (CRP) – America’s most successful and largest conservation program on private, “working” lands is on hold, except for CREP (but not in Virginia, I’ll explain later).  Earlier this month USDA instructed its county offices to process only those applications dated prior to May 4, 2017. Since its inception in the 1985 Farm Bill, farmers and ranchers across America have voluntarily enrolled 23.48 million acres of their land into this program – that’s the size of the state of Indiana.

CRP Enrollment is Almost at Its Congressional Limit.

The program is on hold because it’s about to reach its Congressional limit of 24 million acres.  Congress should raise the limit as soon as possible to not lose continuity in the program nor the trust of farmers and ranchers. 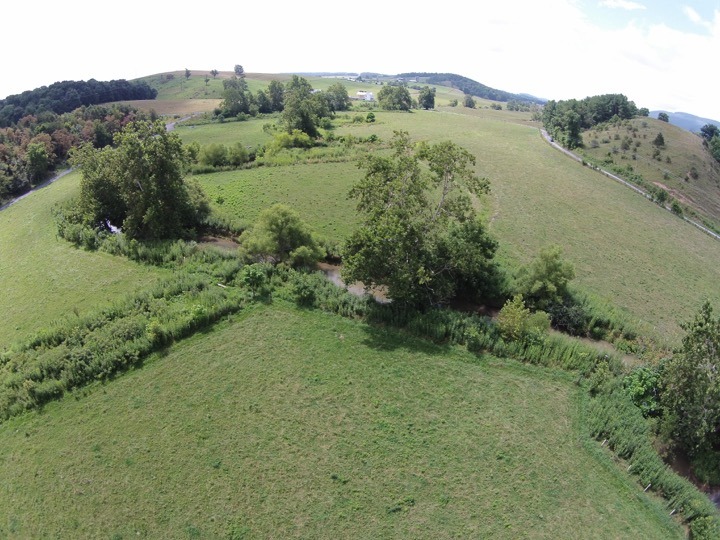 Riparian buffers along the Middle River on one of our farms. We have two CRP contracts that helped us install fencing, alternative livestock watering facilities and wildlife habitat.

CRP is the program that reimburses farmers for converting highly erodible, annual cropland to native grasses and other wildlife cover. The program also reimburses farmers to fence livestock out of streams, rivers and wetlands. CRP pays rent for what farmers retire from agricultural production. In return, America gets cleaner water and air, more wildlife and improved ecosystem services. It’s a good bargain, and it’s voluntary; something both sides of the political aisle can stand behind.  According to the EPA for every dollar spent on non-point source pollution abatement like the practices mentioned above, we save $27 in water treatment for drinking.

Congress needs to act now. According to the EPA’s Chesapeake Bay Program we need to be planting 900 miles of stream buffers per year to reach Watershed Improvement Program targets in the Bay watershed. Our current pace is 64 miles per year. The Conservation Reserve “Enhancement” Program (CREP) which is a program within CRP has historically been the workhorse program to get this done.  It is subject to the Congressional limit of 24 million acres. 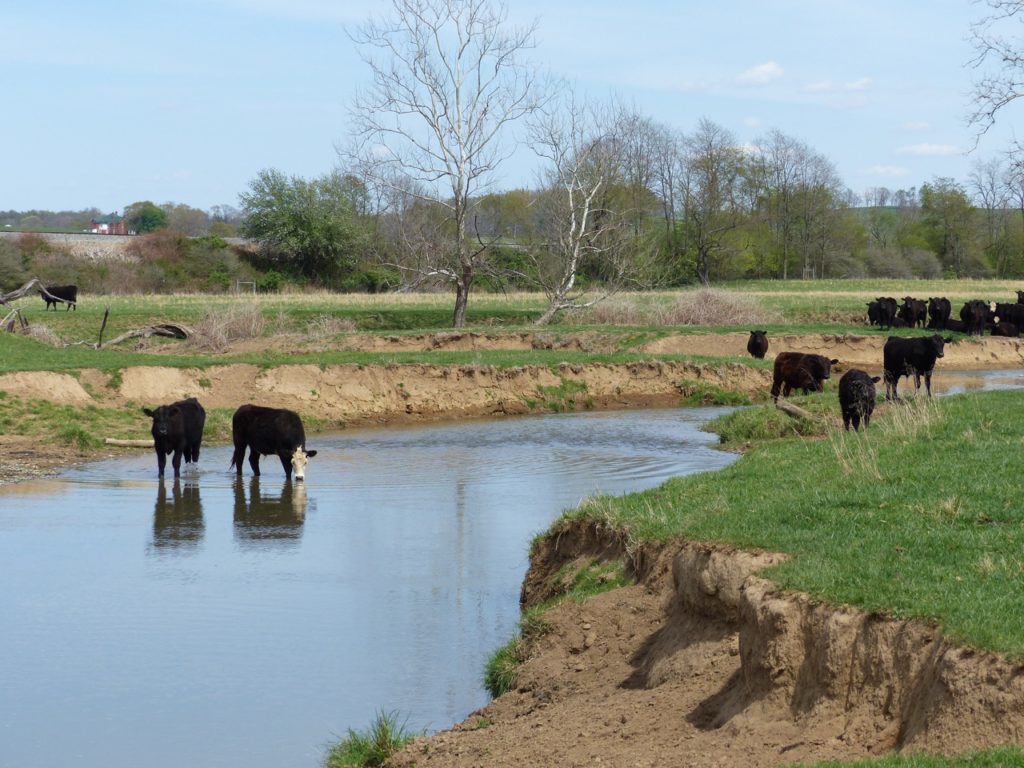 The Conservation Reserve Program reimburses farmers to fence livestock out of streams. Cattle destroy stream banks and pollute the water.

The plan to restore the Chesapeake Bay is working.  It’s called the Chesapeake Clean Water Blueprint.  One of the most successful and effective tools to restore the Bay is the CREP program.  Farmers in the Bay watershed states (Virginia, Maryland, Pennsylannia, Delaware, New York and West Virginia) have enrolled over 200,000 acres into these stream side buffers. We are only 20 percent complete. There is much more to do. Raising the acreage limit in CRP can help us complete our work.  Cattle absolutely destroy streams. 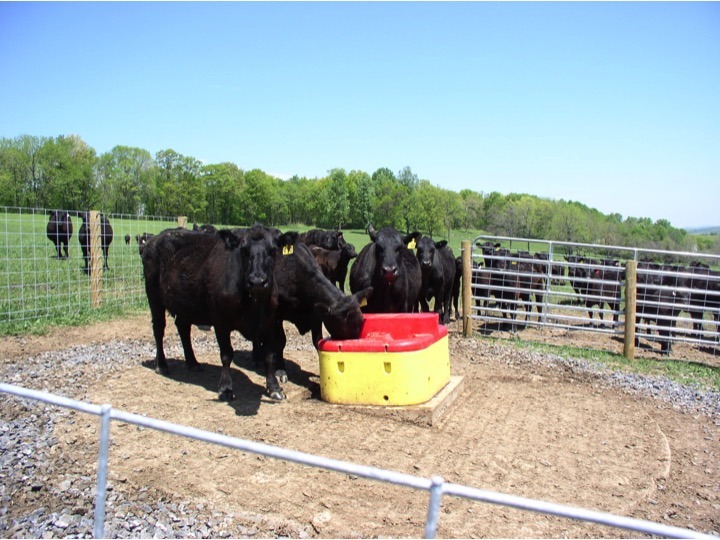 Streams and rivers throughout the nation benefit from the Conservation Reserve Program.  Urge your representatives in Congress to raise the acreage limit in the CRP program.

CREP in Virginia is Dead until July 1

The Farm Service Agency is still accpepting CREP applications in all states approved for CREP except for Virginia.  Virginia ran out of funds for their share of CREP until July 1st 2017.  Then only $500K was approved for the program.  In addition, Virginia is reducing its cost share from 50% of approved average costs to 25%.  This warrants a new CREP agreement between Virginia and the USDA.  Even at 25% cost share from Virginia the reimbursement rate for CREP BMPs is still 90%.

The post America’s Largest Conservation Program on Hold appeared first on Getting More on the Ground.

Here is our position statement on “Envision” the 2040 Comprehensive[...]

Check out this video from our President, Carole Napolitano

Earth awakens from the cold during the month of March[...]