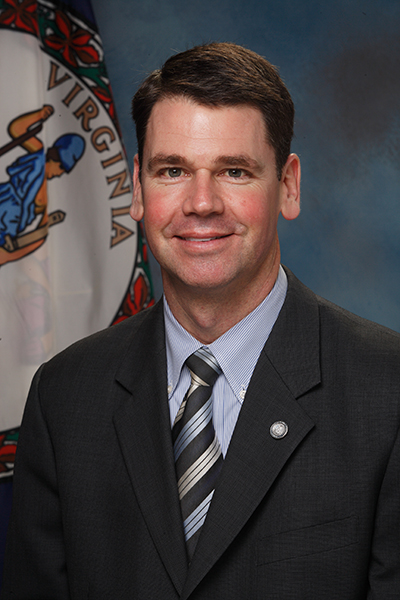 WASHINGTON, December 3, 2018 – U.S. Secretary of Agriculture Sonny Perdue announced today the appointment of Matthew J. “Matt” Lohr to serve as Chief of the U.S. Department of Agriculture’s (USDA) Natural Resources Conservation Service (NRCS). In his role, Lohr will provide leadership for NRCS and its mission to support America’s farmers, ranchers, and forest landowners in their voluntary conservation efforts through a network of over 3,000 offices in communities nationwide.

“Matt has committed his entire life to the betterment of agriculture,” Perdue said. “The knowledge and experience he brings to the table will help ensure our locally-led, science-based approach continues to offer farmers the conservation solutions needed to enhance their environment and commercial viability.”

Lohr, raised on a century farm in Virginia’s Shenandoah Valley, now owns and operates Valley Pike Farm, Inc., with his wife Beth and their six children. Prior to his appointment by the Trump Administration, Lohr held public office, serving in the Virginia House of Delegates from 2006-2010. In 2008, Lohr was awarded Legislator of the Year in honor of his work as an ambassador for economic and community development in Virginia. He then served as Virginia’s Commissioner of Agriculture and Consumer Services from 2010 to 2013. More recently, Lohr worked as Knowledge Center Director for Farm Credit of the Virginias, a customer-owned financial cooperative that provides resources and education outreach to local farmers and the community. And since June 2017, he has been farming full time on the family operation, which includes poultry, beef cattle, row crops, and sweet corn.

“I am honored and humbled to serve America’s agricultural industry in this new capacity,” Lohr said. “As a 5th generation farmer, I care deeply about conserving and protecting our most valuable agricultural resources. I look forward to the chance to lead this valuable agency and assist our producers nationwide with their conservation practices.”

A potentially record-breaking and damaging storm surge came down Spout[...]

There is a very important opportunity for the public to[...]