The Pope on Climate Change and Monks on Water Quality

The Pope on Climate Change and Monks on Water Quality 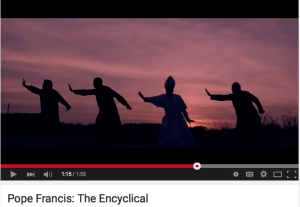 The environmental world got a boost last week when the Vatican released the Pope’s Encyclical on climate change.  So now we have science and religion on the same side; no big-bang theory v. evolution on this issue.  Who can deny climate change now?  Here’s a link to a youtube trailer “Pope Francis: The Encyclical” which is a spoof on the report and very funny.  Of course there are still climate change deniers, mostly those that don’t believe empirical data – in other words they can’t read. 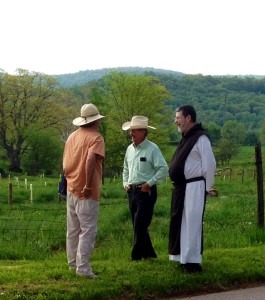 George Patterson, videographer, yours truly and the Abbot at Holy Cross Abbey, Father Robert, discussing the merits of hardwood trees along the banks of a tributary to the Shenandoah River.

On a very similar environmental pilgrimage, the monks of Holy Cross Abbey in Berryville, Virginia have done their part to clean up almost four and half miles of stream banks by removing livestock from the Shenandoah River and it’s tributaries on their 1,200 acre farm.  So, now we have science and religion supporting our blueprint to restore the Chesapeake Bay.  Fencing livestock out of streams is a no-brainer and there are plenty of programs to help get it done. 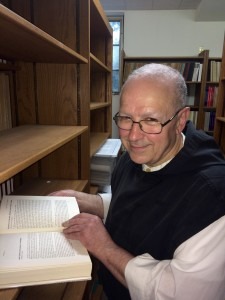 “How could we be true to our guiding principal of loving our ‘place’ with cows in the river and streams”, stated Father James in this Chesapeake Bay Foundation success story.

To learn more about stream fencing, riparian buffers and programs to help you “get more on the ground”, get in touch with me – I will help you.

The post The Pope on Climate Change and Monks on Water Quality appeared first on Getting More on the Ground.

Join Friends of the Blue Ridge Mountains for a Spring[...]