Meadowview in Swoope, Virginia is in the headwaters of the Shenandoah River. These perennial grass pastures help produce clean water.

We live on a farm in the headwaters of the Shenandoah River – a tributary of the Chesapeake Bay. How cool is that? We started this year’s calving season on March 1st with 122 pregnant beef cows. All of them have calved except nine.  Cow #65 and #X6 had twins. 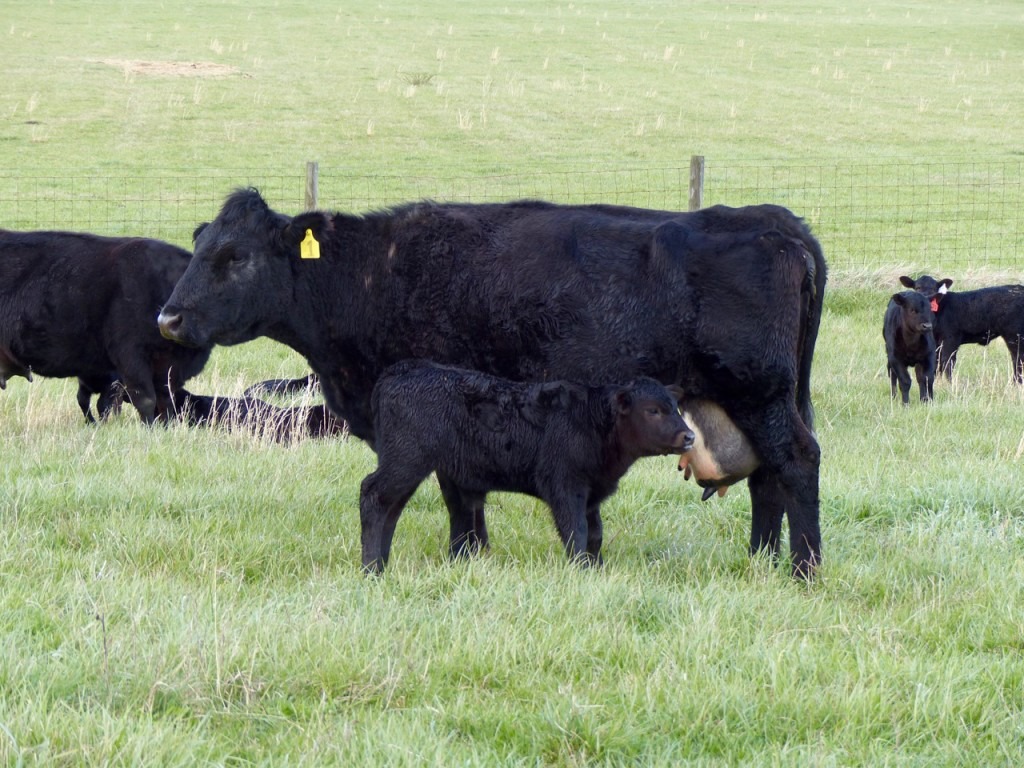 What an udder! One of our best cows with her baby.  Her calves usually gain at least three pounds a day; all on just grass and milk.

I write this on Earth Day and the rising temperatures of April accelerate the surge of spring. Living and working on a farm gives me many opportunities to experience special moments, those moments when you are still and quiet and can breathe in the surge of spring. 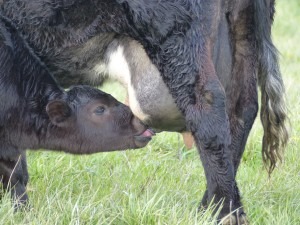 Our calves are grown on milk and grass.

There’s a Red Fox (Vulpes vulpes) den in one of the pastures. Each day I check on the cows I can see a couple of kits playing near their holes in the land. I call it a fox “hotel” because of all the holes. A parent fox always watches me from a distance. The kits peek out of their holes as I watch. There are five kits this year. One time I saw all five playing, like a bunch of kittens rolling around on each other. 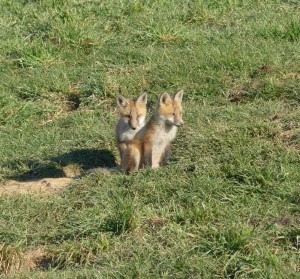 Eastern Red Fox kits in the pastures of Swoope.

In the early evenings when the farm chores are completed I usually sit on the patio under the towering branches of the Silver Maple and Southern Pecan trees and wait for one of those special moments. Today I see two Green Frogs (Lithobates clamitans) staring at me from the small concrete pond we have near the patio. They don’t move. They are the ones that sound like a banjo string being plucked. 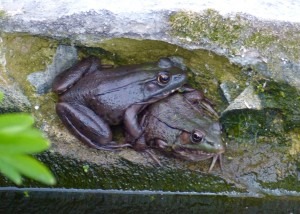 This time of year is my favorite because of the avian migration. Every couple of days a new migrant passes through or arrives. It starts with the Red-wing Black Birds in February, then Chipping Sparrows, then Tree Swallows. Now it’s warblers, those tiny gems of the tree tops and today, Earth Day 2016, I witnessed the first warbler “fallout” at Meadowview. The moment I was waiting for arrived.

I couldn’t see them at first but I heard them; that cascading melodious song. Warbler songs used to drive me crazy when I did not know what they were. But now, after much study, I can bird by ear.  It must be the Yellow-rumped Warbler, I thought. Way up in the top of the towering tree branches I see tiny birds flitting around. Binos in hand, I wait for one of the specks to land. They will only be still for a split second. There it is. Yes, Yellow-rump Warbler (Setophaga coronata) A whole bunch of them. Birders call it a warbler “fallout”. 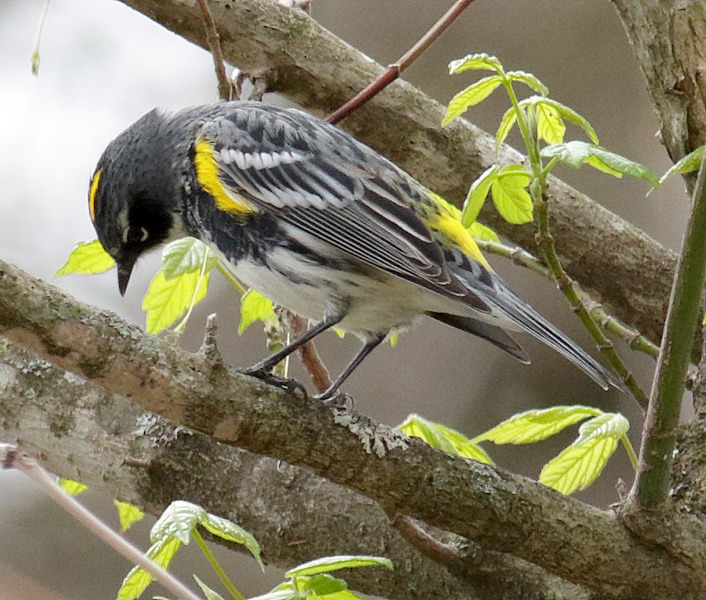 The Yellow-rumped Warbler is a 5 1/2 inch bird of the treetops.  They are passing through Swoope on their way to Canada to breed for the summer.  It is indeed a special moment to have them visit here in Swoope.

The post Swoope Almanac April 2016: Fox Kits, Frogs and Warbler Fallout on the Farm appeared first on Getting More on the Ground. 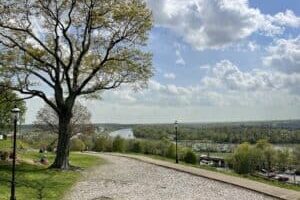