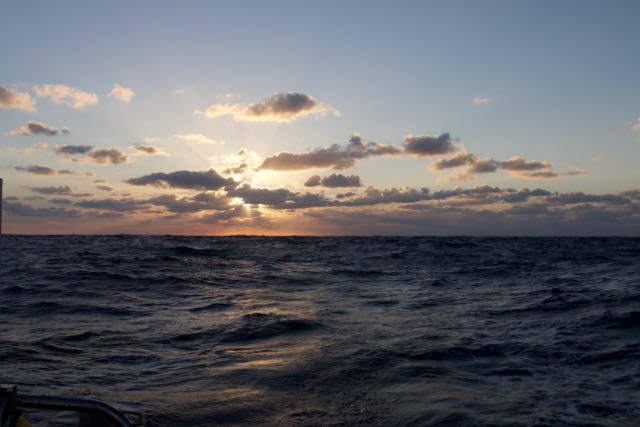 Lovely Stars Knocks The Pain Out Of Your Arse

Just a few clouds interspersed among an amazing display of stars. The Big Dipper is close to the horizon to the north almost touching the horizon.

The winds are light and variable out of rhe WNW. Our weather information indicates that we will likely loose our air through Wednesday. We’ve always been headed north of rum line — an arc crossing all meridians of longitude at the same angle — for better air. We’re gambling that things will not completely die out north of the island so our approach will be from the North and the East around the  backside of  the Bermuda. We hope the winds pick up a bit before the main beats itself to death.

Arcadia made up a lot of lost ground in the heavier weather. The lighter boats may benefit from light winds. Arcadia is pretty heavy, which has its advantages. We ran with spinnaker as long ad we could, but brought her down. We’ve got a great crew!

I’m contemplating firing off one of these PFDs to sit on! A sore butt is becoming a common affliction — we’re continuously sliding around cork and teak seats with a wet ass. I have a higher center of gravity and its amazing how much you use your hips to brace oneself as you are launched around the boat in heavy seas.

Sending pictures and writing continues to be a challenge, especially down below. T’s nice to have a little less motion to get caught up.

Only consolation to a slow approach to the island is the prospect of catching a fish. We have plenty of food, but we do have a grill; right now something fresh from the ocean would be a treat.

On a lighter note, just want to give a shout out to West Marine. My foul weather bibbs fit almost as well backwards. Comforting to know when one is awaken from deep sleep, having to dress in a hurry for a sail change.

The post Only 178 Miles To Bermuda appeared first on The Downstream Project.

These are the E. coli concentration results for the water[...]

Join Friends for an Autumn clean-up as we continue our[...]

Marcia Woolman accepts the Conservation Partner Award for her efforts[...]