A state land conservation agency has agreed to provide a $100,000 grant that will go toward the preservation and maintenance of a historic family cemetery in the Aberdeen Gardens section of Hampton.

The present-day Tucker family, which claims a blood line that can be traced to the first recorded birth of an African child in English-speaking North America, will receive the grant from the Virginia Outdoors Foundation in exchange for an easement through which the foundation will protect the land in perpetuity.

“Our history is alive and well,” said Vincent Tucker of Chesterfield, president of the William Tucker 1624 Society. “It’s so important that we are always able to point to our legacy and say that we are still here. This is a major step for us, and we are very excited.” 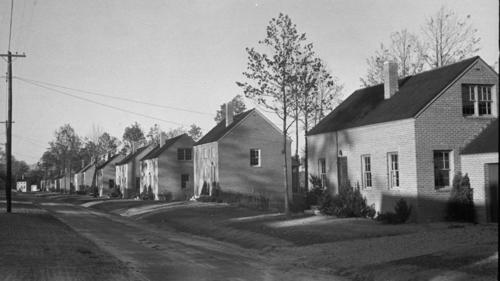 The first recorded Africans to arrive on the shores of English-speaking North America came in 1619 and arrived at Point Comfort, on the grounds of what is now Fort Monroe. Anthony and Isabella Tucker are believed to have been among those arriving, and their son William was born five years later.

Today a Tucker family that still has roots in Hampton traces its roots back to that birth. The family’s cemetery, which may or may not include William Tucker’s remains, rests on a 2-acre plot tucked away just off Sharon Drive. The family commissioned a survey of the cemetery last year using ground-penetrating radar, which revealed the existence of more than 100 previously unknown graves.

The Virginia Outdoors Foundation, created by the General Assembly in 1966, uses state and private money toward efforts to preserve open spaces around the commonwealth. Eleanor Weston Brown, who chairs the foundation’s board, describes the grant as an opportunity for “environmental justice” and the protection of open spaces in urban settings as well as rural and scenic settings.

“Historically this cemetery is so significant,” she said. “It’s a perfect fit with our emphasis on open spaces. It’s an opportunity to help tell the story of an exciting part of African-American history.”

The announcement of the grant begins a process of formally confirming the society’s ownership of the property, the easement of which then will be given to the foundation in exchange for the funding. Brown would not give a specific time frame but said she hopes to see the process completed in time to coincide with next year’s commemoration of the quadricentennial of the Africans’ arrival in 1619.

According to the document describing the grant to the Tucker society, the money will help cover the cost of the easement process and fund the upkeep. The family and its society plans to establish annual maintenance going forward. The document notes: “This grant is envisioned as a first step to insure permanent protection for the property and enable restoration efforts to continue.”

The graveyard has at times been overgrown and littered, but conditions have improved since a dedication ceremony in July 2016 that was attended by U.S. Rep. Robert C. “Bobby” Scott, Hampton Mayor Donnie Tuck, and several members of the city council and school board.

Family members and Aberdeen Gardens residents have worked together in recent years to maintain the cemetery, but Tucker said the $100,000 grant will be very useful toward the long-term effort.

“Now the work begins, and we need to find out what happens next,” Tucker said. “No one is just going to hand you a $100,000 check without following a process. I wish, though — we’ve got some grass cutting to do.”

He said the family would be meeting with the Virginia Outdoors Foundation to make sure the easement is handled properly to provide permanent protection of the land.

This is new territory for the family. Tucker said he does not know how long it will take, but he recognizes the importance of getting it done.

“We don’t want, 50 years from now, some big developer to come in here and get ideas,” he said. “All the work we did to save this, and if they come in with bulldozers and take it all down, that would be a disaster.”

He said the society will continue to commission archaeological studies “for educational purposes,” as well as repair and maintenance work.

As much as the $100,000, Tucker said the family appreciates the formal recognition of the graveyard.

“It shows the Hampton Roads area has strong and significant roles in black history,” he said. “It goes all the way back to that arrival in 1619. Here it is 400 years later, and we’re still here and still prospering.”

Happenings: Loudoun Historic Village Alliance Dear Friends, I had the[...]

We collected the water samples to test for E. coli[...]

Everyone do your part; take your trash with you!

For several weeks now garbage has been piling up at[...]