Clarkson: Funding up for Renewal

Clarkson: Funding up for Renewal

Thanks to VCN for organizing a James River National Wildlife Refuge event with Congressman McEachin.  The outing highlighted an on the ground project funded by the Land and Water Conservation Fund which is set to expire September 30, 2018.

This June 16, 2018 Richmond Times Dispatch article by Tee Clarkson describes the event and outlines why LWCF is so important.

Clarkson: Funding up for Renewal:  Since its inception, Virginia has received more than $80 million in funding from the LWCF to help protect lands and increase recreation, according to the Virginia Department of Conservation and Recreation. Last year, Virginia received $2,134,167 from the fund. 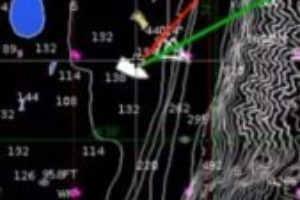 Day three of the Annapolis Bermuda Race, Arcadia enters the[...]

Storms put a damper on the Water Sample Collection

Storms rolled in quickly yesterday afternoon while we were collecting[...]