Bait and Switch in the General Assembly

Home The Downstream ProjectBait and Switch in the General Assembly

Bait and Switch in the General Assembly 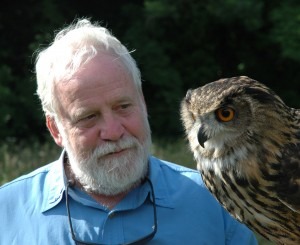 As a member of Virginia’s conservation community following the actions of the General Assembly, I was both excited and fearful to see the recently released proposed budget numbers. I knew that both the House and Senate versions would be different, but I did not expect to read what I did. We all know about the two recently permitted pipelines that could be built through the state. It has been announced that both of these pipeline projects will result in mitigation funds to address the obvious environmental, historic, and scenic impacts that will come as a result of the construction. Reading through the budget with disgust, I realized the General Assembly had decided to use those mitigation funds as a replacement for the conservation funding that is required under state code.

This is terrible public policy; the net effect of which is less money for conservation. Statewide, that means less funding for parks and trails in our towns and cities, fewer resources to protect our waterways, less funding to protect historic and scenic resources, and the continued loss of farm and forest land.

There are many examples of conservation projects in Virginia that have produced really important results. While the money for agricultural best management practices (BMPs) is vital, it will receive only token funding in either chamber’s budget. With the growth of population in the urban areas, those BMPs provide our rivers and streams the capability of delivering cleaner, healthier water to those population centers. Excluding cattle from our rivers and streams means less pollution and sediment in the water, and that has many other benefits that ripple through the watersheds all the way to the Chesapeake Bay. Many farmers can’t afford to pay for those BMPs without the state funding program.

With the General Assembly focusing on these mitigation funds, money for battlefield protection and state park acquisition and operations will also disappear. This will impact tourism, which is an incredibly constant and necessary economic driver throughout the state. The Shenandoah Valley thrives on that activity as does Williamsburg and Yorktown. It would be really short-sighted to reduce that funding, and I can’t believe our legislators think those mitigation funds could or would be used in place of it.

Localities would also be likely to lose the opportunity to access the Purchase of Development Rights Program through the Virginia Farmland Preservation Fund. This extremely successful program requires counties to match dollar for dollar the amount that is granted to them by the Commonwealth. In FY 2018, localities pledged $18.27 million in matching funds. In most cases this preservation funding not only preserves family farms and builds community, it also helps offset expensive development services and strengthens local economies.

I almost have to admire Dominion Resources for their ability to play the General Assembly like a Stradivarius. Our legislators give them permission to build two pipelines we don’t need, and they are allowed to charge their ratepayers a 15 percent rate of return on those costs, including on these mitigation funds. After that they are going to charge their ratepayers more for their electricity after they start pumping gas. These kinds of demands are nothing new, they’ve been doing it for years.  In 1999, they asked for permission to de-regulate the industry, but in 2007 they wanted to re-regulate themselves. In 2015 they asked to freeze their rates without state oversight, and now when it comes to light that they have overcharged their customers by almost a billion dollars, they are back at the table crafting a bill that allows them to keep much of that money. It’s positively Machiavellian.

Adding insult to injury, our legislators are now looking to use their mitigation funds to replace conservation funding the General Assembly has an obligation to provide to its citizens. The funds cannot fulfill both needs. There will be major erosion and sediment problems at more than 300 river and stream crossings, there will be major impacts to scenic areas in the George Washington National Forest, and there will be an ongoing economic consequence to the state budget just to oversee the mitigation. I don’t think the average citizen wants to see all of the programs I mentioned above wither on the vine for lack of funding, but that’s exactly what’s going to happen. The mitigation monies will have to be used to address the very real problems these pipelines create, and after they are built, there won’t be any money left.

It’s a classic “bait and switch” ploy. Please contact your Delegate, Senator and our new Governor and urge them to act to restore the conservation funding needed for all Virginians. The budget that’s been presented only helps the companies that own the pipelines. To my mind, it actually mocks we Virginia citizens; and that makes me angry.

George Ohrstrom ll is a member of the Clarke County Planning Commission and founder of The Downstream Project.

The Osage Orange tree is native west of the Mississippi[...] 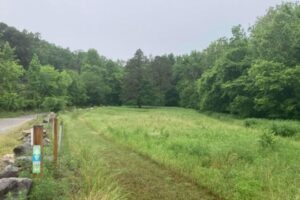 Did you know that Capital Region Land Conservancy plays an[...]

and yet Joy… We spend considerable time and energy worrying[...]